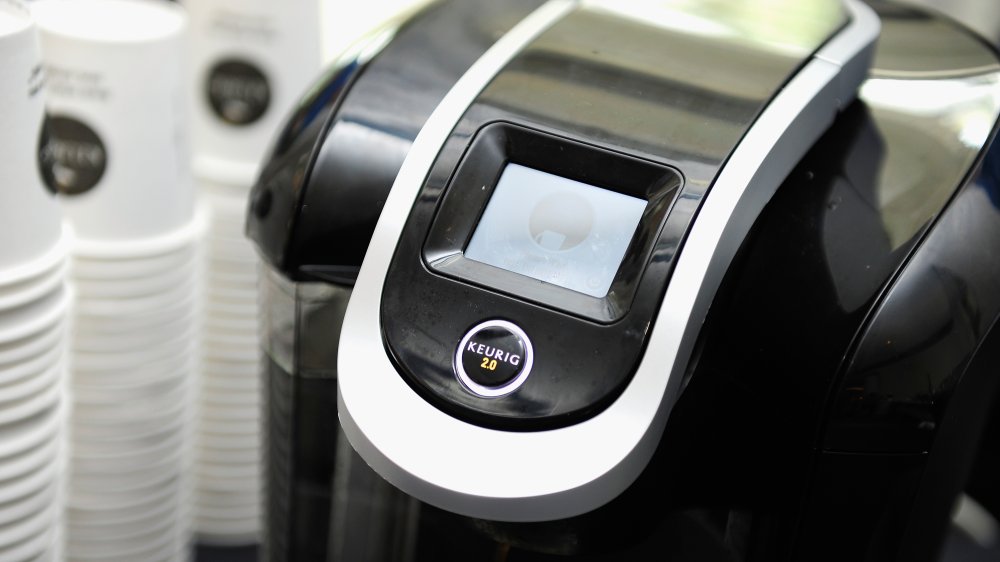 Keurig coffee makers can be convenient, and even kind of fun, since K-cups come in all kinds of crazy flavors and if you mix-and-match, you can brew a cup to suit your mood any time you feel like it. Also, if you’re not the type to grab a second cup, and a third, then it may feel less wasteful brewing up just one cup at a time. What’s more, each cup is guaranteed to be hot and fresh, no nuking necessary.

Yes, there are some coffee snobs who look down on the Keurig, as they do on the Mr. Coffee, and probably even the French press if you were so gauche as to buy a cheaper model from Walmart instead of some top-of-the-line bespoke creation. Heck, let’s face it, there are going to be coffee purists who turn up their nose should you do anything short of growing and harvesting the beans yourself. If, however, you’re just a coffee drinker who appreciates convenience and variety and this led you to purchase a Keurig, there’s nothing wrong with that. There are, however, a few mistakes you might be making that are detracting from your overall Keurig experience.

For most models of Keurig, you aren’t limited to using only the company’s own line of K-cups, no matter what their marketing material may lead you to believe. There are numerous other coffee makers out there offering their own line of cups that will work with a Keurig, so you may have access to a wider range of flavors and also — even more importantly — lower-priced options.

There is one type of Keurig that doesn’t work with non-Keurig cups, and that is the 2014-released Keurig 2.0. Business Insider published a hack that involves purchasing just one of the cups made for this model, slicing off the part of the label that contains the brand-specific code (the part that makes contact with the machine’s sensor), and taping it to the machine. (You can also watch a YouTube video should you own a 2.0 and need to make use of this hack.) There’s also a cheap little dingus called a Freedom Clip that purports to do the same thing, but it has lousy Amazon reviews, so might not even be worth the few bucks it costs.

Not purchasing the My K-Cup accessory

My K-Cup is a neat little add-on that can save you a ton of money. It is basically a reusable filter cup that allow you to add your own even cheaper ground coffee. This option also allows you a little more leeway when it comes to customizing the strength of your brew since Keurig says it comes with two different fill lines. You could also even DIY your own flavor blends like pumpkin spice mocha or raspberry coconut. What’s more, even though again Keurig would probably rather you not go this route, there are other off-branded (and cheaper) knockoff reusable cups.

As to whether you can or cannot use a reusable filter cup with a Keurig 2.0 … that’s a definite maybe. Keurig themselves do manufacture such a device, but its Amazon reviews are pretty so-so. While some purchasers say the device did work as advertised, a number of other reviews complain that they never got past the “oops, this pod wasn’t made for this brewer” error message.

Not cleaning your Keurig

An unclean machine is never going to make the best-tasting coffee. But how exactly, are you supposed to clean a Keurig? Do you need, like, a special cleaning pod or something? Not according to Kitchn, you don’t. While you can purchase an officially-approved Keurig-branded de-scaling solution, you can also make use of plain old cheap white vinegar.

In order to clean your Keurig, first remove all of the parts that are supposed to be removable (water reservoir, cup holder, mug stand, and lid) and wash these in soapy water. Wipe the surface area, paying particular attention to the part around the coffee pod holder since there may be stray granules present. Return all of the parts to their proper places so your Keurig is ready to brew, but fill the reservoir halfway with vinegar (or de-scaling stuff) before topping it off with water. Do NOT add a K-Cup unless you like vinegary coffee. Run this solution through as many cycles as it takes to empty the reservoir (don’t forget to dump out the cup each time or your floor will be a mess), then repeat this whole cycle with plain water so you can get rid of any lingering acetic aftertaste. Keurig suggests you do this kind of deep cleaning once every three to six months.

Did you know that 98 percent of your cup of coffee is made up of water? That means if your water is crap, your coffee’s not going to be all that awesome, either, no matter how you brew it. Cross Country Cafe suggests filtered water for your Keurig, since filtering can eliminate the smell, and worse yet, the taste, of such unwanted flavorings as chlorine, iron, and sulfur. They say bottled water is also a good choice, but only if it’s distilled. Mineral or spring water both contain elements that can gunk up the works in your Keurig. Using distilled water, on the other hand, may mean you might not have to give it the vinegar cleanse quite so often. They do warn, however, that the super-picky Keurig 2.0 won’t work with distilled water even if you do use a Keurig-branded cup, so with a machine like that you’re better off sticking with filtered water.

Letting your coffee come out weak

Thrillist published an article on how to “make your K-Cup coffee not suck,” and many of the reasons they gave for why they found it so suckish revolve around the fact that evidently Keurigs make too weak a brew. For them. Tastes differ, so if you enjoy your K-Cup coffee at its current strength, problem solved, because it never existed in the first place. If, on the other hand, you do wish your Keurig joe was a tad more robust, there are certain tricks you can use to help it along.

One hack for stronger-tasting K-Cup coffee involves pre-heating the machine by running plain water through it for one cycle prior to making coffee since warmer water is better able to extract coffee flavor. Another trick involves inserting a used plastic K-Cup into a reusable My K-Cup (or knockoff) to create a “double chamber” — it seems this slows down the brewing process a little, which also enhances the flavor extraction. The easiest tip of all is one that all impatient people will be sure to appreciate. It seems that the last few seconds that the coffee is flowing, it’s mostly all water. If you remove the cup just a little early (just be sure to have a backup cup ready), you’ll have slightly less coffee, but what there is of it will be stronger.