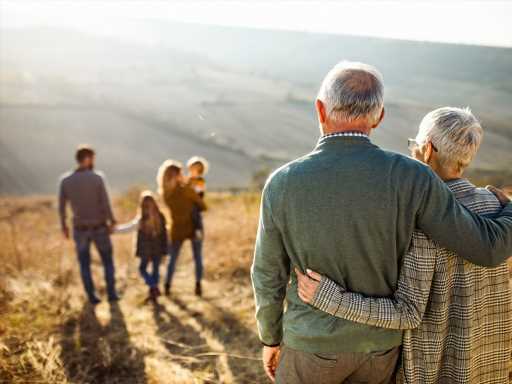 Reddit has offered a united consensus on a mom-to-be and a request she made to her parents. The user took to “AITA” platform to share that she is pregnant, due in December and lives in a house that her parents sold to her. She got a great deal on the home — below market value — in exchange for allowing her parents to come stay with her when they’re in town. So far, she said, it’s been a “good arrangement.”

Now, here’s the trouble. “I was talking to my mom about the birth and I brought up that I would like her to be in town when I give birth and to stay for a few weeks after,” she explained. “…I’d love for my parents to come here and help around the house, with the baby, offer me the emotional support I know I’m going to need, etc. My mom was excited that I was asking her to do this and said that she’d be okay with staying with us for a few weeks while we adjusted to the baby.”

The Reddit user quickly stepped in to explain that she didn’t want her parents staying with her and that they’d need to rent a hotel or an AirBnB. Her mom seemed a little offended when she heard that. She explained that she wasn’t going to bother them and was just there to help out. Then, her dad stepped in to note that hotels were going to be really expensive around that time of year. “He wasn’t about to spend thousands of dollars when I was asking them to come AND it had been our agreement when they sold me the house that they could stay whenever they wanted,” she wrote.

The user explained to the forum that she wants private time during those early weeks and she’s annoyed because she feels her parents are putting money over her and her grandson. When she explained the situation to her husband, he sided with her parents. “He [said] that they should be allowed to stay with us. But I still don’t think it makes sense, as we are going to be needing our alone time. Was I the a-hole here?”

The overwhelming reaction from Reddit was that this mom-to-be was trying to have her cake and eat it too. While it’s reasonable to want some alone time with her new child, it’s not reasonable for her to ask her parents to help out while denying accommodation (especially when they had that agreement!)

“It’s understandable to want privacy and time to adjust, and you are not obligated to have anyone in your own home that you do not want, but I’m astounded by your entitlement – you want your elderly parents to spend thousands to stay in an AirBnB during holiday season AND provide you with emotional and practical support while you adjust to parenthood?” one person asked. “Have you forgotten who’s doing who the favour? YTA.”

Another added: “You ASKED them to come, it’s not like it was them imposing on you right after you gave birth. You knew before you asked that the arrangement you have with them is that they stay in your home. It’s a lot to ask that they come and spend thousands on lodging so they can come help you clean your house and care for baby.”

Many, many people hopped in to say that — if it was so important that her parents stay elsewhere — this Reddit user should consider footing the bill. Or she should extend the invite at a different time. As one person commented, “Invite them when you’re ready to host people, since that’s your usual routine.”

Another commenter suggested balancing having her parents at her house and paying for them to stay elsewhere for a period of time. “Pick a 2-3 day stretch and get a nice hotel or Airbnb for your parents on your dime. Give it as a thank you for flying in and helping, and also giving you a break during their time to have some alone time. But yes, YTA. You can’t ask someone to come visit for an extended period of time for the purpose of helping and supporting you and insist they pay for other accommodations. Especially after the sold you the house at a discount with the condition that you host them occasionally.”

What do you think the OP should do?

Celebrate the beauty of different breastfeeding journeys through these photographs.