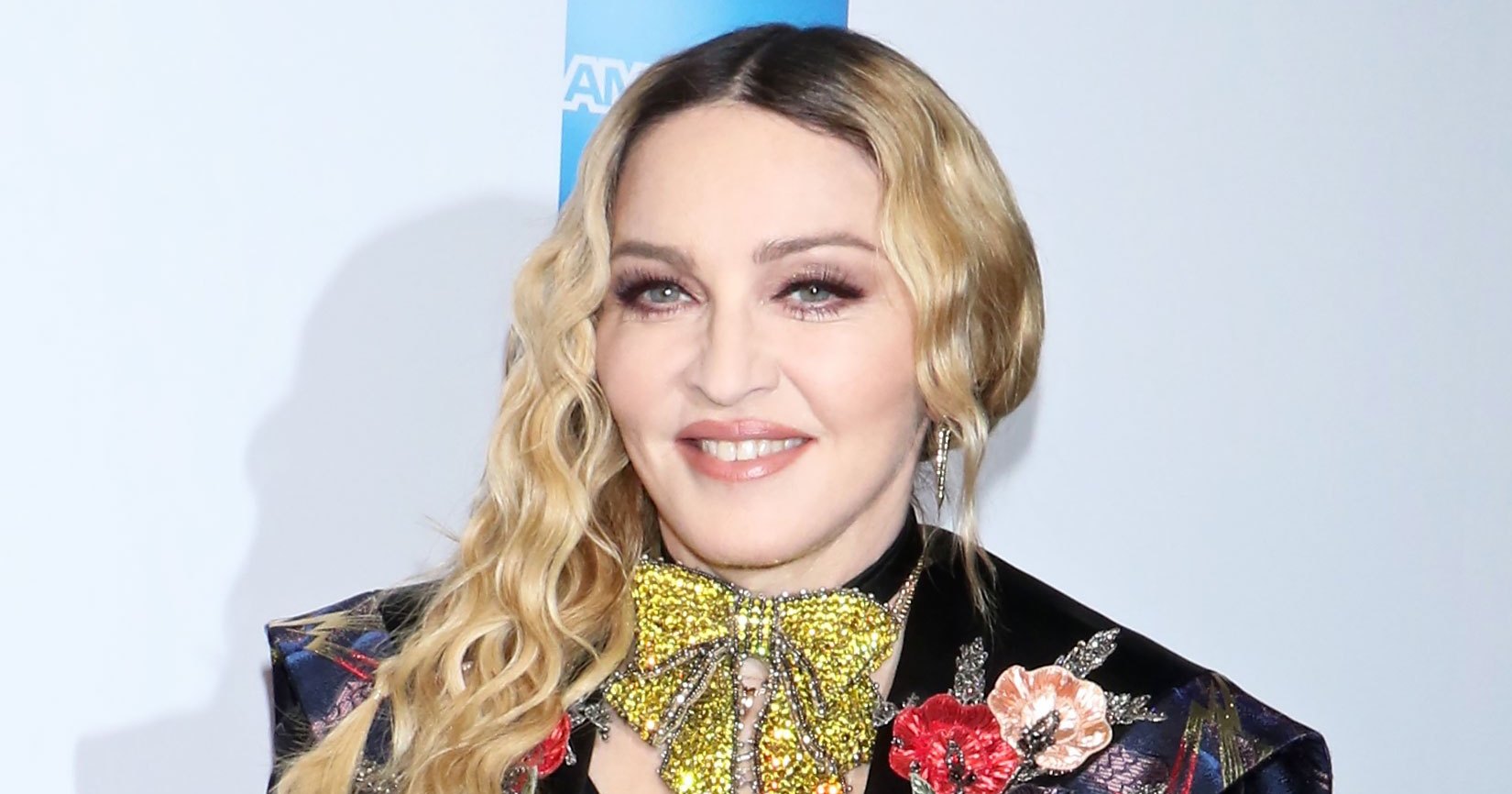 All here! Madonna gave a rare glimpse of her six children in a Monday, November 30, Instagram video.

“A Beautiful Souvenir,” the singer, 62, captioned the family footage. “Giving Thanks. #everyday.”

In the social media upload, the Grammy winner posed with her arms around her twin daughters, Estere and Stelle, 8. She leaned to her right to place her head on her son David’s shoulder. The 15-year-old stood with Lourdes, 24, at his side, while Rocco, 20, and Mercy, 14, smiled on Madonna’s other side.

After the photo was taken in front of the fireplace, the kids dispersed. David grabbed a guitar, one of the twins collapsed on the couch and another fixed her hair in the mirror. Madonna sat on her boyfriend Ahlamalik Williams‘ lap alongside a dog.

The Queen of Pop opened up in September 2019 about making the decision to relocate her family to Lisbon, Portugal, as a “soccer mom” to David. She explained to Vogue Italia at the time: “Things change from week to week and games change from weekend to weekend — sometimes they’re in the city, sometimes they’re not, and we would never know until Thursday night whether they’re on Saturday or Sunday, if at 12 or later. It’s impossible to make plans, and then you feel like you’re not being fair to your other kids, or being fair to me!”

David’s siblings are transitioning well to their new home, she went on to tell the magazine.

“What’s amazing is how resilient they are and how they embraced all things, especially music, dance, soccer and sports — things that connect them to other people makes adaptation easier,” Madonna said. “They learned to speak Portuguese through doing all those things with people, not by sitting in a classroom and learning in a didactic way, like writing on a chalkboard. Instead, it’s fun, it’s interactive.”

The “Like a Virgin” singer shares her two eldest children with her ex-husband Guy Ritchie. While fighting for custody of Lourdes and Rocco in 2016, Madonna wrote via Instagram that “it’s possible to be an entertainer and a good mother.” She added, “Too bad we don’t live in a society where many encourage strong independent single working moms! The next great frontier!”