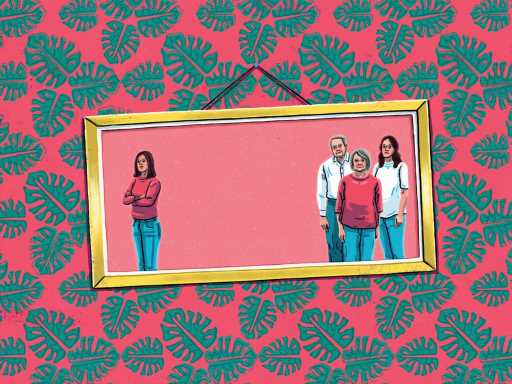 Reddit is siding with the in-laws in the latest parenting dilemma posed on AITA forum. A new mom took to the platform to share a problem she’s run into around visiting hours and her own boundaries.

Here’s how it all started. “In order to help while I was on bed rest, my mom came to stay with us,” the Reddit user wrote. “She came when I was about 8-months pregnant, right when I went on bedrest. She also stayed after the birth and just recently moved back home a week or so ago. It was so helpful having her here and I am forever grateful for it. However, my husband could not have been happier to see her leave.” According to the user, her mom can be “very protective and almost over-caring.” Her husband felt marginalized during the visit.

Once her mom left, her husband said that he would like his parents to fly in and visit. She responded that she would rather they didn’t, explaining that she was not ready for visitors.

“Instead of being supportive of my needs, he took offense and pretty much threw it in my face that I was ok with my mom being here for 3-months and now I won’t even let his family meet their grandchild,” she said. “He accused me of having double-standards and even asked if I hate his parents, which I absolutely do not. I just want some time with my nuclear family before having anyone else come visit.”

The in-laws would be staying in a hotel during the duration of their stay. He argued that he just wants his parents to meet their son. She argued that it isn’t a good time.

“He told me that he’s tired of living his life based completely on my timelines and needs,” the Reddit user added. “He said that at some point, what he wants should at least matter a little bit instead of me constantly dictating the terms of our life. I told him that when he experiences a difficult pregnancy and birth, then he can dictate things, but until then, my needs matter more than his wants.”

Now, her husband is upset and seems to be operating in “autopilot” around her. She feels like he’s sulking because he’s not getting what he wants. The Reddit community disagrees. The consensus was that there is a double standard present here.

“Your husband is an equal parent to your son,” one person wrote. “His concerns and wants matter just as much as yours. He isn’t asking for his family to stay like your mother did, and isn’t even asking that you accommodate room and board for them. He only wants his parents to meet your shared son for what I’m guessing is a few days.”

Another added: “The fact that OP told him she will just ‘tell him when I am ready for them to come” and can’t even offer an approximate timeline is troubling, as well as her refusal to see that she might owe him one for putting up with his MIL for several weeks. This is his child too, and he deserves to be ensconced in the love and support of his parents the way you were with your mom. Having a new baby is both life changing and stressful for new dads too. (At least his family is getting a hotel.)”

Many added that her needs are — of course! — very important during and after the pregnancy, but there are some stipulations to that. “At this point you’re taking it too far. His needs and wants are also important and he’s been catering to yours for a long time. If you’re anxious about people starting to visit then please get assessed for PPA but his family deserve to meet the baby too,” someone explained.

What are your thoughts? Is she being unreasonable?

These are some of the coolest (and safest!) bunk beds for kids.