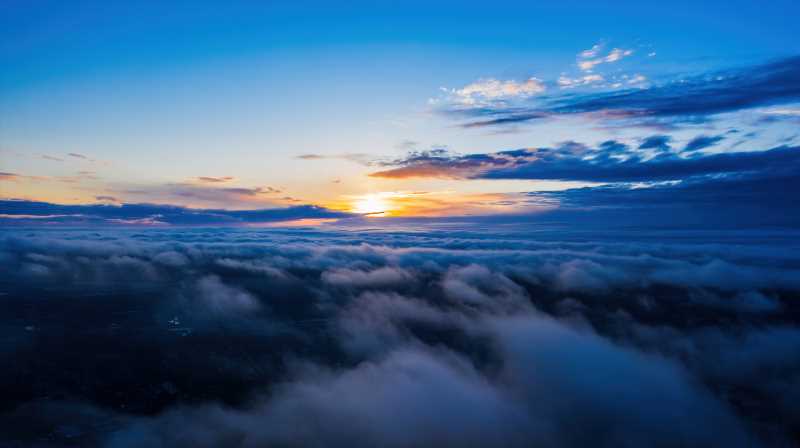 Dreams can produce feelings, inspire creativity, prompt you to make a change, and even scare you a little. Sometimes dreaming can be so powerful, you wake up feeling an intense urge to call someone, to see a doctor, or even entertain a new career. Some dreams are fun and some are creepy, but often they are just plain strange. When waking up from a vivid dream, you may find yourself wondering, what does it mean? The more spiritually aware you are, the more you might find yourself digging deeper into the meanings of your dreams.

Some experts believe that dreams do not hold underlying messages. For instance, Alan Kuras, LCSW at Westmed Medical Group, tells CNET that, “Dreams are thoughts, images, sensations and sometimes sounds that occur during sleep.” Kuras goes on to say that dreams are typically the accumulation of thoughts, challenges, emotions, experiences, people, and places that are significant to the dreamer.

Other experts, such as the renowned psychologist Dr. Sigmund Freud, believed quite the opposite. But what if you dream of something such as flying, which has little to do with anything familiar to you? We explored this taunting question, and we have some answers.

According to Times Now, many people have dreamt of flying, and the dream often represents a feeling of freedom, such that you have set yourself free from people, places, and experiences that may have been holding you back, or harming you in some way. To dream of soaring through the sky suggests you have taken the initiative to better your life, breaking free of everything that is unwanted.

Dreaming about flying is not at all uncommon, but according to Jeffrey Sumber, psychotherapist and author, more adult men dream of flying than any other demographic. Sumber explains to HuffPost that, “Often times, men in today’s world negotiate issues regarding freedom. There is great pressure to perform at work, at home, in the bedroom, financially, athletically, socially, and more and more, emotionally. Thus, it has become fairly common for many males to confront their feelings about this pressure as well as their relationship to the underlying desire to be free, by working it out in flying dreams.”

Flying in your lucid dreams

Flying is often considered a type of lucid dreaming, although you do not have to be in a lucid state to dream of flying (per Elite Daily). During lucid dreaming, you actually become aware that you are having a dream and you might even be able to control certain aspects of the dream, like the people, or the narrative. Some people can teach themselves how to lucid dream, although often they happen without warning.

WebMD reports that at least half the population has had a lucid dream, and this type of dream often occurs during REM (rapid eye movement) sleep, which is a deep state of slumber noted by eye motion, breathing, and increased brain activity.

A 2014 study published in The American Journal of Psychology took the data from an-online survey of 684 participants, and a whopping 83 percent admitted they had lucid dreams (via PubMed). The research found that the participants dreamt of having conversations, sexual encounters, and flying.

Dreams of flying with wings

Dreaming of flying through the skies with wings on your back, according to the Dream Dictionary, can represent feelings of new found freedom or an understanding that you can break through any glass ceiling, the sky’s the limit! This can also mean your need to escape from an unwanted feeling or circumstance.

You may dream of flying with angels, being wrapped in their protective wings or holding their hands while soaring through the clouds. Dreaming of angels represents protection, purity, and goodness, and when you dream of many angels it is said to signify spiritual strength and good fortune (via The Secret of the Tarot).

Dreams about flying in an aircraft

According to The Secret of the Tarot, dreaming of flying in an airplane suggests you may have emotions that need to be addressed. If the plane is going at a high speed, it may mean you have a fast-paced life. If the airplane’s cabin is full of passengers, this is a representation of the people in your life and how you engage with them.

If you dream you are the pilot, flying a plane, The Secret of the Tarot suggests this dream signifies that you are in charge of your life. It represents your strong decision making, leadership skills, and ability to take control. If the plane is carrying passengers while you are the pilot, this signifies your ability to lead others to success.

Dreaming about flying a helicopter signifies that you are chasing your goals and dreams, and the helicopter is a sign you are on the right path (via Angel Number).

Flying dreams typically represent something benevolent, whether you have the ability to fly or piloting a plane, the common denominator is freedom. According to Female First, flying naturally while feeling joyful in your dream may represent you finishing something that you have been working on for a while, or that you are now free of a harrowing burden. Soaring in the sky like Superman may be understood as having risen above something, or taken the higher ground in a difficult situation, signifying the freedom from being weighed down by negativity.

Time magazine reports that scientists, psychologists, and dream experts have many theories on the purpose of, or the reason why, we dream. Freud, the father of psychoanalysis, believed that dreams were the subconscious’ way of fulfilling wishes, from sexual desires coming to fruition, to dreaming of flying — which represents a need for freedom. In a more recent theory, researcher Erik Hoel who studies consciousness at Tufts’ Allen Discovery Center, believes that the purpose of dreaming is to keep our brains functioning optimally by offering a reprieve from the daily grind of repetitiveness (via Tufts Now).