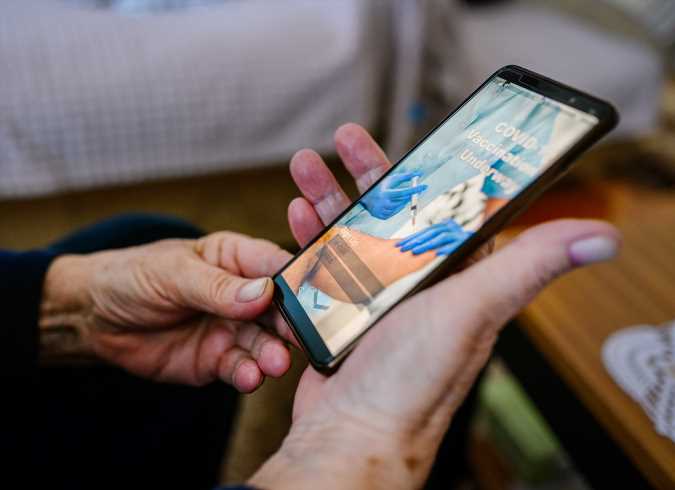 On Jan. 14 at 8:43 p.m., Patrick McKenzie tweeted a plea for tech engineers to help him set up a website to track covid-19 vaccine availability in California. McKenzie, who heads a Bay Area financial services tech company, issued the call to “anyone in California [who] wants to do a civtech project which matters.”

The response was swift and resounding. In less than an hour, someone had set up a chat group for brainstorming the effort. By 12:24 a.m. the next day, 70 people had joined. By noon, the tracker was live. Now, just over two weeks later, the site, called VaccinateCA, involves about 300 volunteers. They operate what is essentially a call bank, dialing pharmacies and hospitals for updates about covid vaccine supplies and posting the results on the site.

The quick and ardent response to McKenzie’s pitch highlights just how desperate Californians have become amid a chaotic vaccine rollout that has overwhelmed public health departments. Similar crowdsourced websites have gone up in Georgia, New Jersey, Michigan, Texas and other states.

While helpful to some, however, the websites and apps have only compounded the frustration for many people seeking vaccines for themselves or loved ones but can’t secure an appointment no matter how hard they try because supply is limited. Critics say that, at best, they simply enable the tech-savvy and people with time on their hands — two groups that don’t necessarily overlap with those most in need of covid vaccination — while leaving poor and minority communities behind.

“If you have an hourly job, you’re not going to be on your phone every minute,” said Jeffrey Klausner, a professor of preventive medicine at the University of Southern California’s Keck School of Medicine, who likened the process of securing a vaccination to “The Hunger Games.”

“We need call centers. We need people going out into the community door to door, registering people as if there were a census. You need to somewhat structure the system to allow and prioritize access for the most disadvantaged — reversing structural racism, or factors that exclude certain groups.”

Rhonda Smith, executive director of California Black Health Network, said it’s vital to reach out to communities where vaccine hesitancy is strong. While technology can help centralize information, building trust and relationships is what’s needed to convince skeptical communities of the vaccines’ importance.

“They aren’t going to just respond to a text message or a random app,” she said.

Platforms like VaccinateCA acknowledge their limitations. “We recognize that this isn’t our core strength today,” said Zoelle Egner, a volunteer with the site. But the app could be a resource for organizations that work with disenfranchised communities, she said.

California is also working with an online platform called My Turn, developed by Salesforce, that will alert residents when they are eligible for vaccination and facilitate sign-ups. The state announced last week that it had hired insurance company Blue Shield of California to create and manage a statewide vaccination network.

While some platforms offer a central place to search for pharmacies and links to sign up for updates from hospital systems or local governments, they can’t provide more vaccine-filled needles. With limited supply, a thousand allocation snafus and conflicting information about who is eligible, consumers find themselves signing up for wait lists and spending hours trying to snag appointments, only to be told there’s no vaccine for them or their loved ones. The apps can’t do anything about that.

Many users have found success. Melissa Reyes, who lives in Sacramento, was able to get her 76-year-old mother vaccinated after checking VaccinateCA. She called four pharmacies listed on the site before she hit the jackpot with her local Save Mart. She tweeted to VaccinateCA to thank the group.

For many others, success rests on luck: clicking through to the right pharmacy or supermarket website at the right time before all appointments are gone. For every exuberant user, there are often multiple frustrated people unable to land an appointment.

Misa Ahmad, whose 83-year-old father lives in Oakland, said VaccinateCA didn’t work for her. She ended up deciding to wait for her father’s health care provider, Kaiser Permanente, to contact him with an opening. (KHN, which produces California Healthline, is not affiliated with Kaiser Permanente.)

Her VaccinateCA search involved “going through trying to look at all of the places and figure out what they are, where they are, if they would be optimal for him, and then locating some and then trying to see if I can get an appointment. That is a very time-consuming process. And, unfortunately, my father has limited technological ability.”

Other users have found that the information provided is sometimes inaccurate, a product of ever-changing state and county regulations. Many Californians are still finding that, while Gov. Gavin Newsom announced that residents age 65 and older are eligible for the vaccines, their counties are still allowing only those 75 and older to sign up. Who is eligible for vaccination differs by county.

“What’s really frustrating is I keep getting texts and emails from the Department of Public Health saying, ‘You’re eligible for the shot; call your health care providers,’ and you call and no one is giving it to your age yet,” said Leanna Dawydak, a 66-year-old San Franciscan. She estimates she’s spent an average of four hours a day since Jan. 13 trying to find an appointment, only to be told she’s too young, lives in the wrong county or gets her care from the wrong health care system.

Some localities have purchased or set up their own apps, with mixed results. Orange County reportedly paid $1.2 million to tech company CuraPatient to create an app for organizing the vaccination of county residents. County public health officials had registered 493,000 people as of Jan. 29, with about 81,320 having received a vaccine.

But the app, Othena, has gotten bad reviews. Residents say its interface is unfriendly, with bugs that have resulted in people being improperly scheduled for appointments.

Haggerty, who has severe asthma, scheduled a vaccination through Othena, drove 45 minutes from her home to the vaccination site at Disneyland and spent two hours standing in line with her appointment and barcode in hand. She was turned away once she got to the front. A glitch in the app had cleared her for an appointment available only to those 65 and older. Staffers told her that about 50 people a day were being turned away for the same reason.

Still, some tech companies are confident they can ameliorate the scheduling fiasco.

Zocdoc, a web platform founded in 2007 to bring patients in for last-minute appointments with doctors, built a pilot program with New York’s Mount Sinai Hospital late last year for scheduling covid vaccinations for hospital staffers. Now the company has begun a partnership with the Chicago city government to offer its vaccine scheduler tool — free — to care organizations and public health agencies, said Zocdoc founder and CEO Oliver Kharraz. His company’s years of experience with scheduling software is a huge advantage, he said.

Zocdoc is the main platform for Chicago residents to make vaccination appointments free of charge, aggregating real-time appointment openings from various vaccination sites and care organizations. But vaccine supplies and shipments are out of his control, Kharraz said.

“I want to make the following disclaimer,” he said. “The vaccines, per se, are in short supply. So, I think Chicagoans should expect limited availability.”